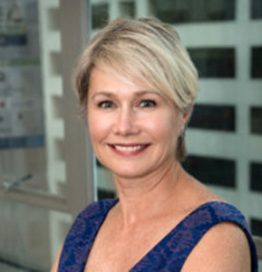 Dara Duguay, is the CEO of Credit Builders Alliance (CBA). Prior to joining CBA, she ran her own consulting practice and advised clients such as TD Bank, the World Bank Group, Experian, Visa, and SunTrust Bank on their financial education efforts. Ms. Duguay was also the Director of Citi’s Office of Financial Education and oversaw a $200 million global commitment. Preceding her work at Citi, she served as the founding Executive Director of the Jump$tart Coalition for Personal Financial Literacy, which advocates for increased financial education for youth. She started work in the field as the Director of Education for the Consumer Credit Counseling Service of Los Angeles.

Ms. Duguay is considered a national expert on personal finance. Her media experience includes interviews in major U.S. print publications and she has regularly appeared as a guest on many national television and radio networks. She is the author of three critically acclaimed personal finance books. An accomplished public speaker, Ms. Duguay has spoken at hundreds of major national and international conferences.

Among her many accomplishments, Ms. Duguay has received the Medal of Merit from the U.S. Treasury and was appointed to the National Assessment of Educational Progress (NAEP) Economics Steering Committee. Ms. Duguay received her B.A. in Communications from the University of Michigan and received her M.A. in International Relations from Schiller University in Paris, France. She currently resides in Washington, DC.