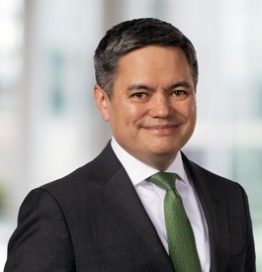 Chris joined the Foundation after a career as a banking supervisor at the Federal Reserve Bank of New York, where he had worked for 25 years. Most recently, Chris was Senior Vice President and head of the Regional, Community, and Foreign Institutions Supervision and Consumer Compliance Function from 2013-2018, a 72-person division that regulates over 200 U.S. and foreign banking organizations. He previously served as the senior supervisor for one of the largest U.S. systemically important financial institutions from 2009-2011; he then served as deputy head of the function that supervises global systemically important firms from 2011-2013.

Externally, Chris co-led the International Monetary Fund’s 2016 evaluation of the United Kingdom’s approach to banking supervision on secondment.  Previously, he was seconded to the Secretariat of the Basel Committee on Banking Supervision in Switzerland from 2003-05, where he assisted in the revision of the global capital framework for banks.

Chris is a Certified Anti-Money Laundering Specialist, a graduate of the Fletcher School of Law & Diplomacy (M.A.L.D.), and a Phi Beta Kappa graduate of the University of Virginia (B.A.).  He additionally studied European Union law and integration at the Universität des Saarlandes (Germany) as a DAAD Fellow.  He is a Life Member of the Council on Foreign Relations; a U.S.-Japan Leadership Program Fellow; a U.S.-Spain Young Leaders Program Fellow; a former NationSwell Council member; and a Next Generation Project Fellow at the American Assembly (Columbia University).