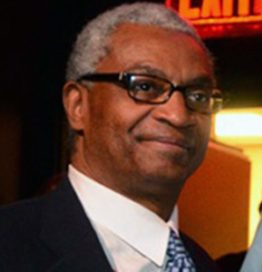 Bruce Lincoln is the Co-Founder of Silicon Harlem. Silicon Harlem is a nationally recognized for-profit social venture dedicated to transforming Harlem into a hub for technology and innovation. A member of the Mayor’s Broadband Advisory Task Force, Bruce has been at the forefront of the equitable development of the Internet in Harlem and the City of New York since 1994. From 1994 until 2004, Bruce was the Senior Educational Technologist and Manager of Community Outreach at the Institute for Learning Technologies at Teachers College, Columbia University where he managed a ten-year cycle of projects that served as national models for equity and access to the socioeconomic benefits of Internet.

From 1998 through 2001, under the Clinton Administration, Bruce served as an advisor to the White House and was a member of the PITAC, The President’s Information Technology Advisory Committee. Bruce is a Senior Fellow at the Columbia Institute for Tele-Information (CITI) at the Graduate School of Business, Columbia University and from May 2008 until June 2011, he was the Entrepreneur-in-Residence at the Center for Technology, Innovation and Community Engagement (CTICE), Fu Foundation School of Engineering and Applied Science.