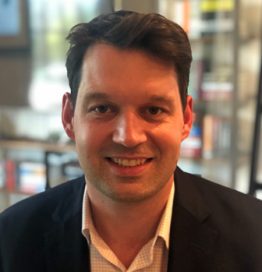 Bartek first joined Core Innovation Capital as an entrepreneur-in-residence in 2018, and became a Partner in 2019. He brings deep operating and investing experience in the financial technology sector. Prior to joining Core, Bartek was General Manager of the US subsidiary of bitFlyer, one of the world’s largest cryptocurrencies exchanges. Prior to bitFlyer, Bartek had several key roles at LendingClub. He was an investor in LendingClub’s Series A and a Board Observer from 2007 – 2010. In 2013, Bartek joined LendingClub to start and run its Business Operations team, which was responsible for driving operational scalability through LendingClub’s IPO.

Bartek also founded a venture-backed company in the local services space that was acquired by TaskRabbit (acquired by IKEA). Early in Bartek’s career, he was an Investment Banker at UBS and an investor at Canaan Partners. Bartek earned an MBA from the Wharton School, and a BA from Columbia University. He is based in San Francisco.